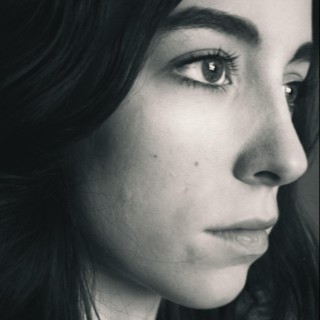 I recently discovered Daniel Johnston, and in case you haven’t heard of him before either, I thought I’d share this song. Daniel Johnston is a manic depressive, maybe that’s why I felt so taken aback when I first listened to his music.

This song in particular is most likely relatable to everyone on some level, since everyone probably deals with existential boredom at some point. Maybe that’s what it means to reach adulthood; realizing that life is often boring and youthfulness is ephemeral.

Manic depressives might find themselves exceptionally resonating with this song because it almost seems impossible to ever accept those aspects of life. Must I bored all the time? Can’t I be high all the time?

Boredom is homeostasis. Boredom is the fine line between frenetic chaos and catatonic chaos. To be bored is to be on the cusp of complacency. Maybe it’s only true for me (although I doubt it is), but boredom and complacency are insufferable. I find myself scheming for an exit strategy. Cocaine? Sex? Another runaway trip? Except, adulthood shows a person that there is truly no escape. I am rendered helpless in my suffering, and am too aware of the futility of my own escapism to try anything at all. Mania is intoxicating. It gives zest to my life. It brings me thrill. Euphoria. Bliss. Desire. Ecstasy. I want it always, but I know better than to try pinning the tail on the donkey, because the donkey has kicked me in the face more than once. At the end of manic happy trails therein lies a tomb of anxiety and psychosis. At the end of that, a catastrophic mess to clean up.

Daniel sings “Maybe if we were in the movies we wouldn’t be so bored” towards the end of the song, and I think that we all just want to live in a movie. Movies are evocative, otherwise we wouldn’t watch them. But we are not in the movies, and sometimes life is bland.

In another song called “Don’t Let the Sun Go Down on Your Grievances,” Daniel sings, “Do yourself a favor and be your own savior.” He is a creative 52-year-old manic depressive that’s still alive, and let’s be honest; that’s an impressive feat considering 25-50% of manic depressives have or will attempt suicide. He is inspirational to me, as he has learned how to manage his own illness and wrote a plethora of music so people like me could relate to it and find solace.

She felt her frown as she wore her scowl
And ached her sad while showing her bitter,
So it’s easy to see why no one knew her blue,
and often mistook her for red.

“Tears started to cloud my vision, the creases in my smile began to lay flat; the scathingly morose succession of notes to Quasi una fantasia absorbed a little bit more of me with each key, and in that moment I realized that I, too, would one day take my own life, for I was not well.”

Too much ebb and not enough flow;
quick! throw me a lifesaver!
I’m drowning in a sea of euphemisms.
these words are killing me slowly
when they should be killing me softly,
and I can’t seem to find my patience.
Remember the good ole days?
The ones with the whispering trees
and a golden haze, and popsicles,
and families that bowed their heads to pray?
Me neither.

This ^ is an experimental poem; The hyperlinks are meant to be “euphemisms” in some fashion, and gives the poem layers for the reader to explore and consider.  I’m working on mediums of expression through new media art, a big interest of mine.

“Sometimes I wonder whether the inability to broadcast your suffering is what separates the mentally ill from the sane.”

At twilight hour on the balcony, faces on bodies seem strange down below. Are they people? Oh, I can feel a dreadful rush coming on. I look to Ryan and wonder whether he feels the energy, but his book is still placed in front of him and he seems oblivious. My eyes dart from the outlet that holds the power for christmas lights wrapped ‘round the railing, to stale coffee, to Ryan, and then pull my vision inward. Those moments make nothing of comfort. The chair wobbles and exasperates spine in my back and I can’t stand being looked at. “Please, Please look elsewhere. But wait! Wait, I can’t stand being ignored!” I wanted to tell him that. Christ, there’s nothing in the world that could give my soul peace.

“I can’t tell whether or not I’m alive.” I say out loud, accidentally.

“How can you not tell that you’re alive? That seems absurd, and if I may say, unnecessarily dramatic.” Ryan responded with a tone that made my heart cringe, and when my heart cringes I cannot control myself any longer.

END_OF_DOCUMENT_TOKEN_TO_BE_REPLACED

a finite beauty;
youth is giving way.
the diaphanous spirit
does not remain
naive, tender, passionate.
Time erases the smiles
and etches a crease between the brow.
The exhilarating twinkle in the unbeknown eye
is now gone.

A bed unmade inside a cluttered room holds a messy mind

& the overtime work of

has a finger pointing in its direction.